Bitcoin is a new currency which in 2008 is developed and which is formed by an electronic algorithm. The big advantage of bitcoin is that it is without the intervention of banks, or governments but by a peer-to-peer network of users is maintained. There is, therefore, no individual organisation that can influence the use of it just like with a peer-to-peer network for sharing of data files such as Bittorrent.

In addition, you can use this within a few seconds a transaction to a person on the other side of the world, this is something that through a regular bank account, strangely enough, still not possible. Bitcoin-Qt is the original "softwareportemonnee" (in English: wallet) with which payments can be carried out, received, and stored and with which the peer-to-peer network of bitcoin is maintained.

Bitcoin Qt is a free tool which allows not only bitcoins sent and received, but which the worldwide bitcoin system is maintained. Bitcoin-Qt verifies namely the payments between users.

After a transaction between two users is carried out must this a number of times by other users ' computers be checked to ensure that the bitcoin to the correct address will be credited and that a bitcoin is not two times by the same person will be issued.

Bitcoin Qt has as major disadvantage that the the software at first use, a whole day will cost to have all transactions with the network to synchronize. After the first time the program has, fortunately, much less time is needed to complete the synchronisation.

The different bitcoin wallets can be divided into three categories. First of all there are online wallets that you your bitcoins by a third party allows to manage. Because of this, you do not care for the security and storage of your bitcoin wallet, but gives you control entirely out of your hands. In addition, there are purses designed specifically for mobile phone are designed. This is useful when you are also in stores with bitcoins want to checkout, this is done by a QR code to scan using NFC. This is a technique with which payments can be made by your smartphone near the payment system. For this your smartphone must this technique to support it. Finally, there are the softwareportemonnees, this helps you make sure to create backups and manage the wallet file. In this last category falls also Bitcoin Qt.

It depends on your personal preference or Bitcoin Qt is the right choice for you. When you are looking for a mobile or online wallet than you can find alternatives in our list of bitcoin wallets. When you create a bitcoin wallet for your desktop search and also want to contribute to the upkeep of the entire bitcoin network, then you would zker Bitcoin Qt should install. Please keep in mind that this is a lot of hard disk space and takes (at this moment more than 7 gigabytes) and that it is the first time a lot of time to sync (about 24 hours).

Bitcoin Qt has the following characteristics: 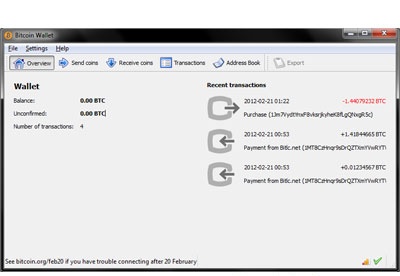 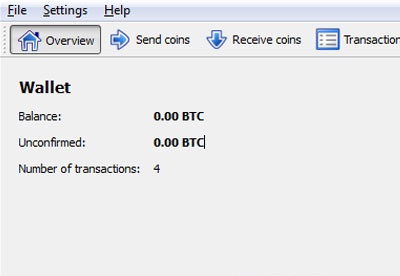 You can free download Bitcoin Qt and safe install the latest trial or new full version for Windows 10 (x32, 64 bit, 86) from the official site.