Facebook is a fun pastime and millions of people make daily use of, both online and with the app. But the use of Facebook will cost you a lot of data and storage space, and certainly if your smartphone is still a disappointment. Therefore, there is Facebook Lite. That is an app that holds a lot of benefits compared to the original app of the social media. Facebook Lite is faster to install and consumes less storage space on your device. In addition, all content will load faster, load faster updates and photos, and view smoother your timeline. Moreover, it consumes the app less data, allowing you to more efficiently deal with your data bundle. Facebook Lite is very useful at places or in countries where you have a bad internet connection.

Facebook Lite is free to use and only available for Android.

Facebook Lite is a stripped-down version of the original Facebook app, and thus has less features, but certainly not less pleasant to use. The file you have on your device is very small and leaves a little in the cache of your system behind. The regular Facebook app takes up 63 MB in size and this app less than 2 MB, and as you use the app more, a growing number of MB at least. The app is designed for 2G networks and is especially designed for old versions of Android.

What appearance is concerned, the app is fairly similar to the better known app, though it deviates here and there a little, and a lot of important features, such as liking, responding, posting and viewing of your timeline, are the same.

In contrast to the default app of Facebook, does the light version have the built-in chat feature, so Facebook Messenger. Normally you have there a separate app needed for that. You share through the chat easy files with others and makes use of the stickers and emoticons. Call is not possible, and you'll only see the most recent calls. However, you will receive notifications.

It is handy that you have the app in the settings even further to your liking adjust. So is the picture quality to change, so there is even less data is consumed. The video playback is slightly less, because the quality by the low use of data to back up and the videos are not immediately played.

Your profile is just like the regular app, you are looking for easy to other users and follow others as you are used to. It is not possible for people to tag, to live broadcasts to watch and a ‘watch list’ to make.

All in all, Facebook Lite still a very enjoyable app, which is quieter looks than the standard app. 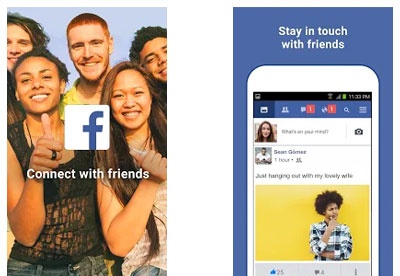 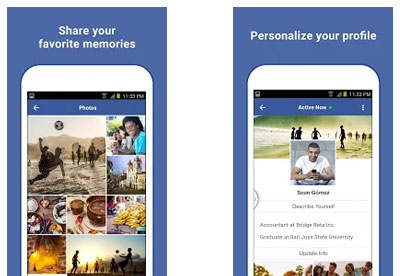 You can free download Facebook Lite and safe install the latest trial or new full version for Windows 10 (x32, 64 bit, 86) from the official site.