Mac OS X is characterised among other things by the horizontal bar with icons of computer programs, and favorite websites. Now it is for Windows users, also possible to use such bar to display using the free software of ObjectDock.

ObjectDock is a free computer program that makes it possible for Windows users to icons of favourite sites and programs such as we are accustomed to in Mac OS X.

ObjectDock is available in a free version and the paid Plus version. ObjectDock Plus has more features such as loading docks into tabs (for example, a separate tab for business and personal programs), multiple docks at the same time to view and support for the system tray.

ObjectDock has the following characteristics: 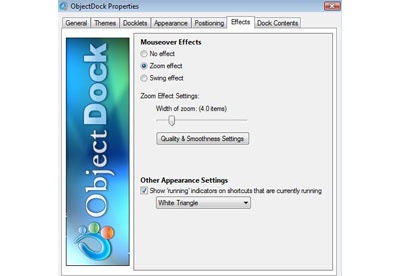 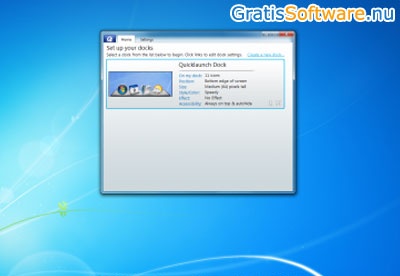 You can free download ObjectDock and safe install the latest trial or new full version for Windows 10 (x32, 64 bit, 86) from the official site.