With sync software, you can copy files and folders between desktop pcs, laptops, USB sticks and other data carriers sync.

There are several free opportunities for your data to sync. On this page you will find a description of one of these free programs called AllWay Sync.

Allway Sync is a synchronization program that is free for private use.

There are also paid licenses for commercial use available. The free software can be used to synchronize data between desktop PC's and laptops, PC's, hard drives and portable data carriers such as USB sticks or CD-RW. The free software you can use on as many computers as you want.

With Allway Sync you can protect against data loss, because if the computer crashes you'll still have a backup of your latest data.

Allway Sync has the following characteristics: 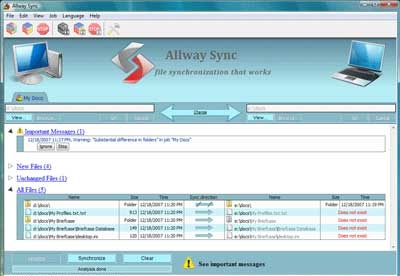 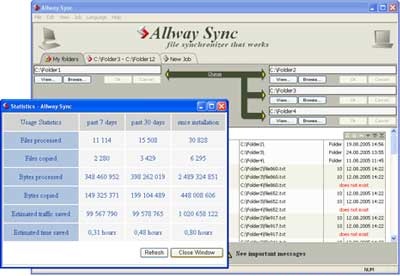 You can free download Allway Sync and safe install the latest trial or new full version for Windows 10 (x32, 64 bit, 86) from the official site.