UPDATE: since march 2014 the development of MetroTwit stopped and is it also not more to download. The reason is the limit of the Twitter API for external Twitter client developers. Look for an alternative programme in our overview of free Twitter client software.

MetroTwit is a free Twitter client for Windows. This Twitter client offers a range of features and distinguishes itself through the sleek and attractive design. Some users will MetroTwit perhaps too bald, is the layout to some extent to adapt. So you can, for example, the colors themselves change.

The program is divided into columns in which the tweets are displayed. The columns you can self-classify.

You can easily find a video or photo on Twitter, by those in the program to drag. In addition, it also contains useful features such as infinitely further to scroll to older tweets, and a built in function to link to shorten. Continue to fill in the autocomplete function, usernames and hashtags automatically during typing.

MetroTwit has the following characteristics: 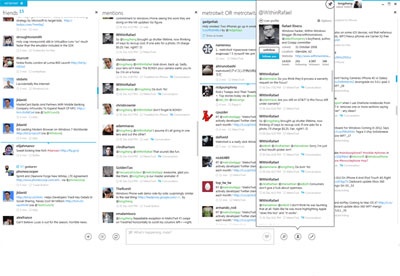 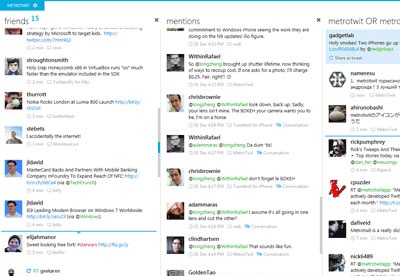 You can free download MetroTwit and safe install the latest trial or new full version for Windows 10 (x32, 64 bit, 86) from the official site.