Lingo is one of the oldest word games on Dutch television, but for already a while of the tube. The game is now however, a comeback as an app. You don't have to give up, such as in the television show, but you can download the app and go directly to play. You can play against the computer, but also your friends online, challenge them for a game of Lingo.

The app is completely free and available for iOS, a version for Android is already in development.

For more than 27 years ago was the first episode of Lingo aired and the program was due to disappointing viewing figures in 2014 of the tube removed. Still has Lingo still a lot of fans, that the program would prefer today then back tomorrow to see times on the television. That does not happen, but there is the brand new Lingo-app. So good news for the fans.

The app is easy to download and also takes not much space on your smartphone. A fun fact is that the dictionary for this game is provided by Van Dale, also responsible for the Dutch dictionary.

When you begin, you will first be asked which language you want to set. It is standard set to Dutch. You can without an account to play, but if you against your friends want to play, then you must create an account in order to login or you can login with your Facebook account. You can friends to play, but also against strangers. The game works the same as on television. You should as a player a word of five letters recommend. You will get five attempts for. A red box means that the letter on the good place and a yellow box means that the letter in the word occurs, but not in the right place. If you guessed, you get points, and you may get a number of balls with numbers attract. You do that by the balls to the above bingo card to swipe. If you have five squares in a row played with the balls, you have the Lingo, and you will earn bonus points. When you have a red ball draws, passes the turn back to the opponent.

The more and the better you play, the more points you get. The well-known ball pit do you know all of the tv, but in this game, there are also new special balls. That are the action-balls, which also are hidden in the ball pit and you certain advantages during the game. When you level up, you will also earn a special ball. When you play the game plays well, you can still level up, making the game even more difficult. An additional nice feature is that you can chat with your opponent. The game gives you a notification when you next turn. A game lasts a total of ten rounds. Lingo is a very accessible game, that you soon get the hang of and that a lot of your brain asks.

Lingo has the following characteristics: 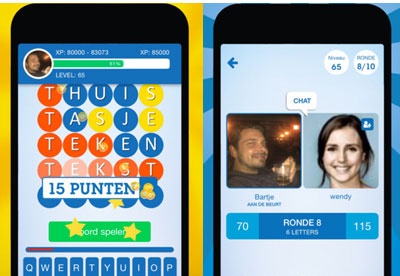 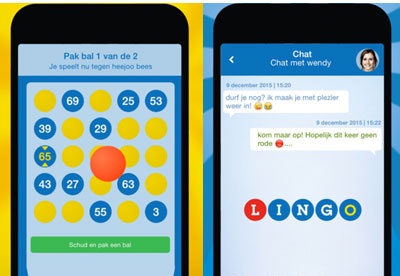 You can free download Lingo and safe install the latest trial or new full version for Windows 10 (x32, 64 bit, 86) from the official site.