You also have thousands of MP3 files on your computer and you see meanwhile the forest through the trees not more? Musican is a free computer program that helps digital music library to manage and play. On this page you will find more information about this freeware program.

Musican is a free MP3 player and administrator for Windows operating systems. During the development a lot of time and attention to the simple handling and selection of songs. With one press of a button or two mouse clicks you add one song, a complete album or all songs by an artist to the playlist without first going through the other windows and lists having to navigate.

Your MP3-library will be presented in a central list which you can filter by artist, album, genre, score, or proprietary formats.

Create playlists from a list with thousands of songs is generally no fun. Some players solve this by automatically "smart" playlists, but this but seldom the desired result. Musican solves this by it easy for users to create different formats. Each number can be one or more groups can be added. Each group gives you their own name. So you can set a number to organize in both the "piano music" and "romantic music".

By both a layout and the shuffle mode, all songs in a random order, endlessly played. Musican always ensures that all the numbers once, played before a number a second time to hear. During playback, you can adjust the pitch and playback speed change.

Online music stores such as Amazon adding data to a number that eventually your personally identifiable. Musican, this data can show you and for you, from the music file to delete.

With the free Musican Android app, you can use the playlist on the remote control. The mobile app is suitable for smartphones and tablets.

In addition to the standard installation file, there is also a portable version from a USB-stick can boot.

Musican has the following characteristics: 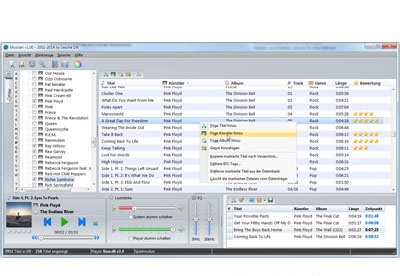 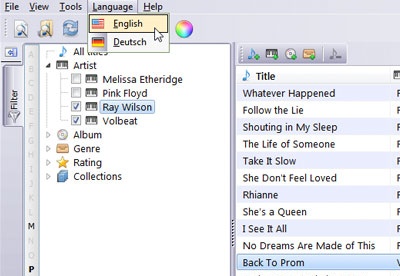 You can free download Musican and safe install the latest trial or new full version for Windows 10 (x32, 64 bit, 86) from the official site.