DJS are more popular than ever and a lot of people have on their little attic room two cd players and a mixer, in the hope of ever status. But with a Pacemaker, anyone can be a DJ and you need no experience to have. With this app mixes, you can very easily use your favorite songs to each other. Pacemaker makes use of Spotify or the music that's on your smartphone or tablet. You select your numbers and leave them with Pacemaker smoothly into each other. You do not have any cd players or turntables, more is needed.

Pacemaker is a free app, which is available only for iOS.

Pacemaker is not unknown in the digital DJ world. In 2005, the creators are already working with a portable version, where mp3's could be put and where then mixed could be. That device has not done well and now the makers have their revenge with this app. The beginning is good. The app is sleek, colorful and neatly designed and has little unnecessary functions. You can create a playlist to mix, or the app itself. The app works very intuitive and is not difficult to work with.

The app looks like two cd players. In these decks you can choose your favorite songs to load, and just above it the numbers to select. With the crossfader at the bottom of the screen shows you the numbers then smoothly flow into each other. You want that the numbers evenly in each other and that is the purpose of the sync button. That ensures that the number of beats per minute are the same, so the tracks in the same pace. In addition, it is possible to a number of effects on your mix, as the high, low and middle in or filter out. In addition to this free effects, you can have additional effects within the app purchases. You can even scratch with it, by sliding your finger over a deck to move to and fro. You do not need to wait until a song is finished, because you decide when a new number in the previous passes.

To make good use of Pacemaker, do you have a subscription to Spotify necessary, because otherwise you can Pacemaker not on Spotify link. Pacemaker is the only DJ app that has access to all the music on Spotify. If you have not, then it is possible to use this app 24 hours of free Spotify Premium to try out. Pacemaker does not work with the free subscription of Spotify. Of course, you can also make your device full of music, since the app works with your iTuneslibrary. When you mix, you can save this at a later time to come back to listen to it.

Pacemaker has the following characteristics: 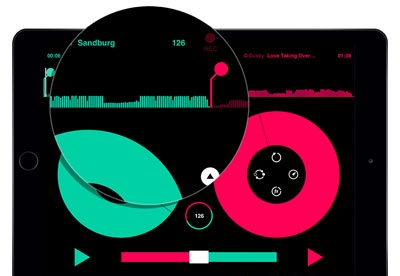 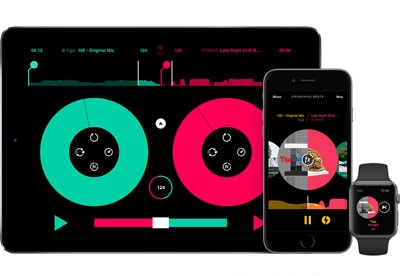 You can free download Pacemaker and safe install the latest trial or new full version for Windows 10 (x32, 64 bit, 86) from the official site.