Memory is one of the oldest games out there still exist, and it is a game that almost everyone has played. There are quite a few variants of Memory in circulation, and the Aeronaut is a new addition. Aeronaut is a very nice way to Memory to play again and the game does that with balloons. Although it is a bit of practice, the game is very simple. You get a number of hot-air balloons to see, at a certain place and in a particular format. You will need that image than good in yourself recording, after which you short time to the scene after to make.

Aeronaut is absolutely free and only available for iOS.

Aeronaut is a game that is visually very beautiful. The design is very attractive and colorful and the game invites it to play. You can get started immediately after downloading the app and creating an account is not necessary. Within Aeronaut you have different levels to go through, the so-called ‘worlds’ and the game gets progressively harder as you advance in the game. You begin in ‘World 1’, the first level, which in turn is divided into five sub levels. You get on your screen one or multiple balloons to see, that about a desert, city or field, flying, on the background of a grid. That will help you to make the game good to play.

You will get the balloon for three seconds to see, then these must exactly replicate. You do that by using your finger on the spot where the balloon was on the screen. The longer you press the screen, the larger the bubble is. Because you in the background still the grid is visible, you can estimate how big the balloon must be, and do you know on which place the balloon must replicate. It is the art of the balloon or the balloons, because there can be multiple balloons to be seen, exactly the same size. When your finger is released, and calculates the app in the extent to which your balloon matches the original. There, he rolls a percentage. If you done well, you will receive points for, in the form of stars. You have the poorly done, then you need to level again.

You can choose the level to play, by going to the next level or return to the main menu. The further you get in the game, the harder it is. There appear several balloons, which can overlap. When the image is going to reproduce, you must not only the place and the size is remembered, but also the order in which the balloons of your screen are entered.

Aeronaut, this is an addictive game, that is not only fun to play, but also helps you to get your brain to work out.

Aeronaut has the following characteristics: 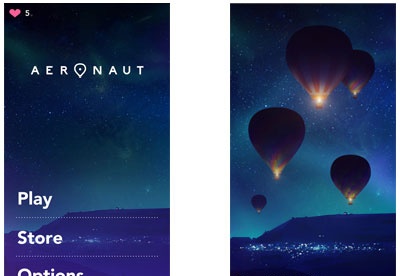 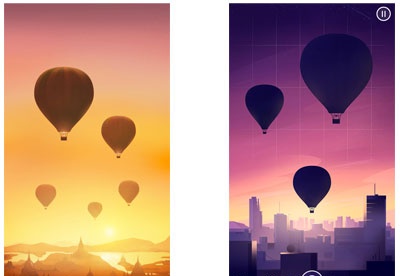 You can free download Aeronaut and safe install the latest trial or new full version for Windows 10 (x32, 64 bit, 86) from the official site.