Alto's Adventure is a must-have for lovers of winter sports and especially for snowboarding. This game takes you for a while to fantastic winter sports resorts, where the art is as a snowboarder over endless mountains to go boarding, where you have a lot of obstacles that you must overcome. The game is somewhat comparable to Temple Run, only in Alto's Adventure hurtling you from high slopes down. One of the better snowboard games, available for iOS and Kindle Fire and free for Android.

What stands out about Alto's Adventure is the fantastic design. The game is quite nicely designed, with stylish 2D landscapes, which in detail is designed. Because the creators of a parallax-effect, you get a real sense of depth when you play the game.Alto's Adventure runs very, very smoothly, making you without difficulty by all the tasks around the board. You always begin at the top of a mountain with your character, Alto, and have to constantly objects to dodge. The goal is to ultimately, as far as possible, of a mountain, the world to come. The game is easy to play and works much like similar games. You have to constantly move right on your snowboard and when an obstacle comes, you need only but clicking on the screen, to get over to be able to jump. The same is true for the dizzying precipices where you have to jump across. The further you get in the game, the higher you are on the list.

Not only do you need to down snowboarding, but also to a next level. This can be done by certain commands to perform. So sometimes you have two power ups in one game of deal or a certain amount of escaped llamas and coins to grab. With a simple movement of your finger, you can also backflips, jumps off of it and other stunts to perform. The game is supported by nice and quiet music, which makes snowboarding a fun experience. Also zooms Alto's Adventure is regularly in and out, making the game very lively. You remain always with the same speed down the first one, but the obstacles and tasks are becoming increasingly more difficult.

Alto's Adventure feels like a great adventure, where the urge to win still large. The game is very clear and invites to play. Every time a new game begins, you will see something new. This is also because the light in a different way, the landscapes are detailed to look and the weather plays an important role and also ever-changing. When you begin, you can on one character, but eventually you can in the course of the game, six characters to unlock. A very nice and especially dynamic game, which quickly get the hang of, and with you for as long as possible should hold out.

Alto's Adventure has the following features: 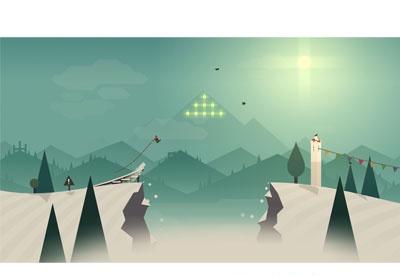 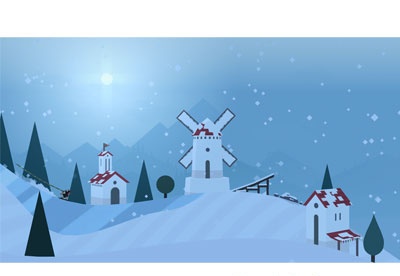 You can free download Alto's Adventure and safe install the latest trial or new full version for Windows 10 (x32, 64 bit, 86) from the official site.