In politics is often talked about achterkamerpolitiek and a lot of people usually have no idea what is going on in The Hague. With Debate comes Immediately politics a step closer. Debate Direct is an app from the Second Room, which allows you with one press of a button the meetings in the Second Room live can follow on your phone or tablet.

The free app not only offers livestreams of the Kamerdebatten, but also gives you a handy overview of the planned debates, and previous broadcasts. The app is available for iOS, Android and Windows Phone.

With Debate Directly, you are now fully aware of what is in the Second Room playing. With the app you can on the road or at home. The plenary debates and public committee meetings of the Second Chamber than for you are no longer a secret, and the app makes politics a more accessible.

The app has many functions, that the meetings in the Room easier to follow. You will get notifications about politicians, additional information about a specific topic or a specific speaker, and information about motions. Debate Directly also gives you a useful introduction to the debate what you want to follow. The app lets you know which politicians to keep you informed of any speakers you can expect during the debate and what documents in the debate to hear. The app will let you further live out the results of votes.

You can have notifications set up, so you are aware when a debate that your interest begins or when a particular topic is discussed is going to come up or when a specific politician is going to speak. Extra nice is that you can use the app in combination with your television. Many debates will be directly broadcast on television, and you can Debate Directly here to use as a second screen. While you are on television for a debate watching, you can on your smartphone or tablet, the information relevant to the debate itself, and about the speakers. That can also when you in the public gallery of the Second Room, because here, the Debate Directly as a second-screen and sync the app themselves with the live debate.

Debate Direct is a well-organized and easy-to-use app. When you use the app for the first time, you will come to a main menu. Here you can immediately go live, but you will also find an overview of the debates at that moment, the debates are yet to come or that already have been. By debate, you will see a play button, which allows you to the debate can see. You can choose from different categories, such as finance, social affairs, infrastructure and more. If you do not live has been able to look, you can make use of the Debate can be Missed, where a meeting can look back on. A versatile app, that enables the Second Chamber and its work more understandable for the citizens.

Debate Immediately has the following characteristics: 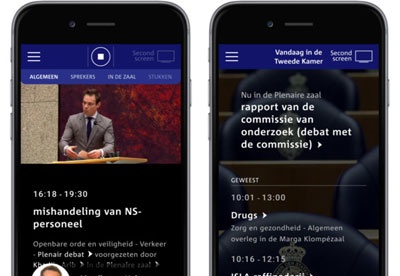 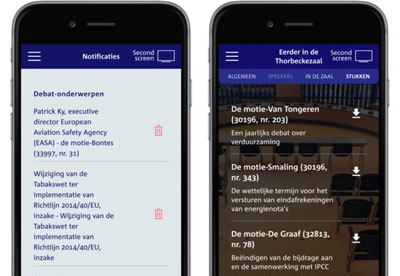 You can free download Debat Direct and safe install the latest trial or new full version for Windows 10 (x32, 64 bit, 86) from the official site.