Office software allows you to office applications on the computer to perform, such as writing letters and designing a presentation.

UPDATE: KOffice is no longer offered. You can, however, Calligra Suite, successor of KOffice, free download.

Calligra Suite is the project of a number of developers that KOffice has separated. The latest stable version of KOffice is released in march 2011.

KOffice is a free office suite for KDE platforms but is also compatible with Mac OS X and Windows. KOffice makes use of open standard such as OpenDocument. KOffice contains a word processor, project management software and a spreadsheet program. KOffice contains all the features of a full-fledged office productivity.

Out of dissatisfaction, in 2010, a portion of the developers is separated from the KOffice community. They develop office productivity continued under the name of Calligra Suite. 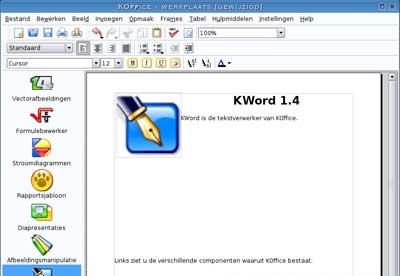 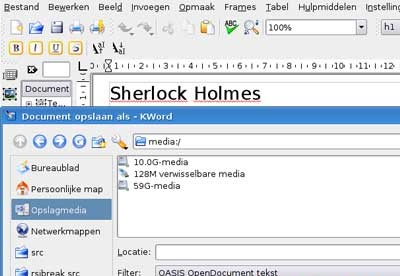 You can free download KOffice and safe install the latest trial or new full version for Windows 10 (x32, 64 bit, 86) from the official site.