One of the most thrilling rides in an amusement park is the roller coaster. You will go from low to high, and you will be in all directions, hurled. Do you want to repeat, then this game is a must. With OpenRCT2 you can this over again.

OpenRCT2 is the open source version of the classic game, RollerCoaster Tycoon 2, that had been updated. The old game was to old and not to play with the modern game consoles. Now everybody has can tinker with, the game is very interesting. The game is now available for free for Windows, Linux and Mac OS X.

Rollercoaster Tycoon 2 is fully adapted to this time and is now called OpenRCT2. The old version was written in the difficult language assembly, but the new version is rewritten to the newer language C. Therefore, the game is a lot more accessible. Important also is that many errors from the original game have been restored.

OpenRCT2 is a game that is much like games like SimCity, where also a lot of work with raw materials, buildings, and other things to build and to earn. You will find that game fun, then the chances are that OpenRCT2 you also will be. To the game in order to play you need the original version installed on your computer. That can take you anywhere for a small amount to purchase, on Steam. This is necessary, because OpenRCT2 makes use of the same graphics and features as RollerCoaster Tycoon 2.

You can start right away through the game via OpenRCT2. Fortunately the new version are much more stable, and more beautiful than the original. The purpose of OpenRCT2 is to make as much money as possible to earn with the running and managing of an amusement park with a roller coaster. That way, you need as many people as possible to the theme park attract. You can find all types of attractions to buy, but also new buildings, or shops of building. You can even change it up. You can choose from several scenarios, which you can play and which are divided into difficulty. For each scenario, you get a goal that you must achieve. You can also writing a screenplay, making the game more original.

Also, you can use your amusement to adapt to different themes, such as pirates and the wild west. As a player you must take into account factors such as the finance, staff and visitors. Another nice adjustment is the multi-player function, allowing you to play the game with multiple people at a time can play. You also can make your theme park as large as you want. In addition, there is a special menu with all sorts of tips and the game is in different languages. It is a hugely enjoyable strategy game, in which you significantly need to think.

OpenRCT2 has the following characteristics: 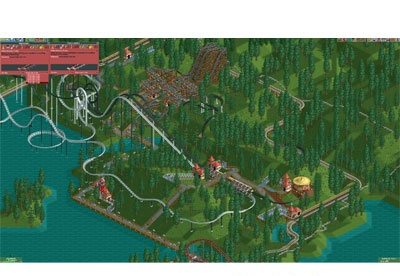 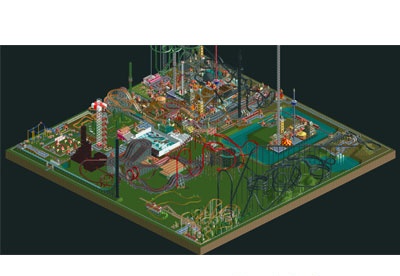 You can free download OpenRCT2 and safe install the latest trial or new full version for Windows 10 (x32, 64 bit, 86) from the official site.