Smartphones nowadays have very good cameras, but nevertheless, it can always be better. There are several apps, which one is better than the other. With Pix does techgigant Microsoft a throw back to one of the best apps to shoot with. The camera is very easy to use and you can very nice pictures, without the extra effort.

Microsoft Pix is designed to make it easy for you to make and there is a lot of ingenuity in the app. Pix analyzes the environment where you take a photo of want to create, automatically turn everything for the best result and gives faces an extra boost. The camera always takes a lot of moments, but save only the best photos. Microsoft Pix is a free application, which is available only for iOS.

Microsoft Pix makes taking photos a lot more accessible and the quality of your photos will improve immensely. You need the app, however, first give permission to use the camera on your smartphone. Then you can immediately go shooting. The special feature of Pix is that the app multiple photos at the same time, of a particular moment in time. A way that is a little bit similar with the HDR-function of your iPhone.

The application has artificial intelligence, allowing the best moments combined with each other, so that you are at the end of the ride, a beautiful photo. The app will automatically search for the best light between the various shots and adjust the exposure on the environment. The photos that are not for the end result, be used, be removed immediately from your phone.

In addition, Pix use of facial recognition, what the photos with people on it very good. The app automatically detects a face, recognizes this and adjusts the background is very beautiful, so people really look their best in the photo and the faces are really sharp on the picture. Microsoft Pix makes automatically a short video from your images. The app syncs automatically with the photo album on your phone, so you do not manually photos need to save.

With Microsoft Pix you will get much nicer photos than when using the standard camera from Apple used. The app has a handy 'compare'button, so that you have photos to compare. You can view the photos directly in the app yet to edit them for example to crop or there's a filter to add to it. Nice that you have photos from the app directly to share with others and that can be done through your social media, e-mail or messenger. Microsoft Pix for you to find the perfect picture and adjust all settings, such as brightness, contrast, and more, automatically, so that this is also the case.

Microsoft Pix has the following characteristics: 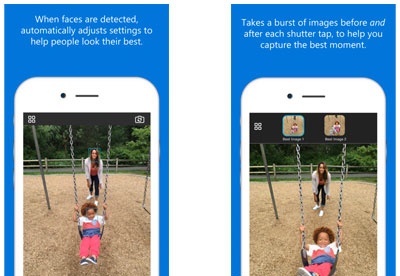 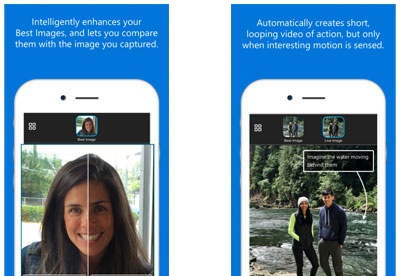 You can free download Microsoft Pix and safe install the latest trial or new full version for Windows 10 (x32, 64 bit, 86) from the official site.